Year after year, Ludington ranks as the #1 salmon fishing port in Michigan. If you want great action and big fish, a charter fishing trip in Ludington should be your #1 choice.

We have 25+ captains to choose from.

The Pere Marquette river is the major contributor of natural reproducing salmon in Lake Michigan. Salmon are also planted at the Ludington State Park. The mature salmon return to the Ludington waters each summer prior to their spawning runs. Ludington is also known for the reefs and drop-offs near the port. This unique structure around the port of Ludington attracts bait fish and huge salmon, steelhead, lake trout and brown trout.

In addition to fishing, there are many more family activities in and around Ludington.

Ludington Michigan Has It All! 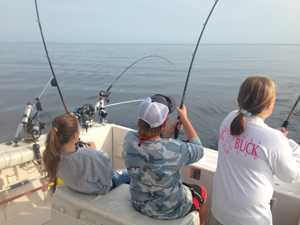 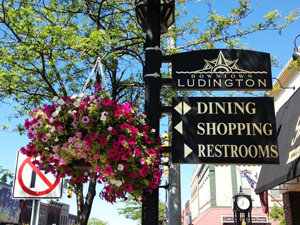 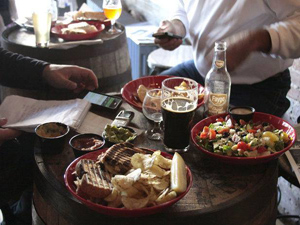 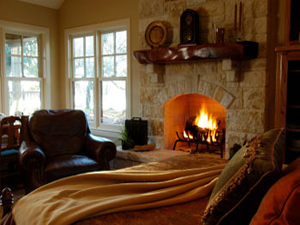 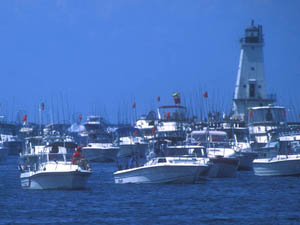 Well written article outlining the changes and challenges to our great lakes fisheries, thanks for posting. If a commercial fisheries aren't viable with reduced harvest, as in any business it won't survive. Or is it the position to increase allowable species to be harvested? Ie walleye and perch?

No discussion of how to restore our fisheries??

Let me translate for everyone... This is a long winded article setting the stage for even more lake trout plants and even more cuts to our silver fish plants to appease the Tribal interests... In case you didn’t have the time to read it

Check out the previous post for the story behind the videos... ... See MoreSee Less

ANOTHER PHASE COMPLETE!
Thank you MDNR Fisheries and Tara Novak for the safe delivery of 15K Coho for the net pens. Also ..thank you to all that participared today. Great team work and a job well done. The story is in the pictures! The fish will be in the pens for approximately 2 weeks hopefully getting an "Imprint" to return to this stream. Special care for feeding in the meantime for more growth. Stay tuned for more to come in the upcoming weeks! ... See MoreSee Less

Checked feeders at 9am and 9pm and they’re feeding as expected.

It was fun to watch!

Good news thanks for sharing.

For all those helping with placing rhe Coho in net pens today. We were just notified that the DNR truck is arriving at 11:30 !! ... See MoreSee Less

Are You Ready to Book Your Fishing Charter?

Booking a charter trip is easy. The prime fishing season is May through September; with the peak season generally considered as July/August. Pick a date when you will be in the area. Then check our listing of of over 45 professional

Click on the link above and view the listings, then contact the captain by email or call them at their listed number. Most captains provide all of the equipment you need and will also filet and bag your fish. Always ask your captain what services are included. Rates can vary by boat. Most charter boat websites display rates. If you need more information such as arranging multiple boats, contact us at info@FishingChartersLudington.com Click on the "Pure Michigan" video below and find out what all the excitement is about! See you on the water - FISH ON!

Over 45 captains fishing the area.